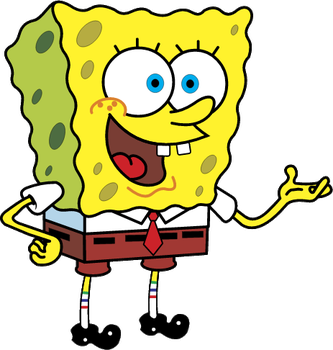 Svampur Sveinsson (Image from deviantart.com)
Undoubtedly you have notices these so called “memes’ which have been popping up on the internet these past few years. One of these memes is known as the “Spongebob meme”, where a sarcastic text is written on an image of Spongebob Squarepants. The interesting thing about these memes is the text is written in alternating uppercase and lowercase characters. Your task is to alter the “Spongebob-memed” string to a form where the first characer of each sentence is an uppercase character, but the other characters are lowercase. This is operation is “unmemeing“ a string. An example of a “Spongebob memed” string is the text “FoRrItUn Er SkEmMtIlEg.”, whereas the unmemed version of the text is “Forritun er skemmtileg.”

The first line will contain the integer $n$ ($1 \leq n \leq 10^4$), the number of sentences in the memed text. The following $n$ lines will include one memed sentence each. Each sentence is at most $300$ characters.

Note that a sentence always ends with a full stop and the first character of each sentence can either be lowercase or uppercase. Also note that all characters are in the English alphabet.

Write the sentences which appear in the input, in the same order, except each sentence should be written in unmemed form.